Resistance Radio was first to expose Gina Miller's ties to financiers based in Israel, Saudi Arabia and on Wall Street in the United States. So why are "liberals", ironically who believe they are championing the cause of the poor and disenfranchised, claiming Miller is fighting for the common man?

Solely because she is a minority. It is as simple as that. This is in fact why she has been chosen to represent Brexit. This is how stupid the average Leftist is.

In the following expose by Thomas Harwood, and our latest podcast Ms Miller's latest attempts to undermine our democracy and harm our country are exposed.

Below you will also find a podcast we had recorded with former US marine and anti war activist, Ken O'Keefe. Mr O'Keefe tells us how the US, run by forces in Israel and Saudi Arabia are trying to pull the west into war with Russia in Syria and Iran. He believes we are destined for WW3 unless we are able to free ourselves from our traitorous ruling class.

Besides campaigning against Gina Miller in her area, Liberty Defenders have also been active in Worcester. Carl Mason, who we anticipate will be sending us an article on his most recent efforts to expose his council, has discovered that the homeless veterans who were camping beside the river where forcibly removed once their story made the national press. 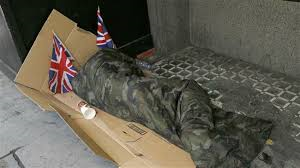 So instead of helping them secure accommodation, the Worcester Council decided to do damage control by removing their camp. Instead of giving men suffering from PTSD and other ailments somewhere to rest their weary heads, they decided to force them to find somewhere else to camp, far from our prying eyes. Although we are not currently aware of their precise whereabouts we are working on it. 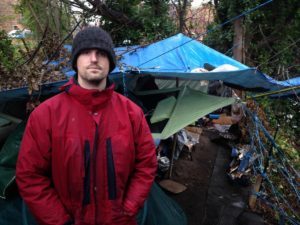 The economic migrant family given thousands of pounds a month to live on, meanwhile are doing far better than our vulnerable vets in council accommodation. Carl's associate on the inside (who provided the video footage to LD) who has been back to their home to do more gas work says theres loads more new stuff in the house, branded goods  and hundreds more on the meter.

Self-appointed champion of the Remain campaigns attempt to subvert our democracy, Gina Miller, is back with another extraordinary attempt to use big money backed 'lawfare' to prevent the referendum result being implemented.

The financier turned campaigner along with her legal team has sent a letter to Boris Johnson stating that she will take his Government to court if he moves to prorogue Parliament to ensure the UK leaves the EU on October 31.

Like her previous litigious attempts to frustrate the referendum result, Miller tried to claim that her action wasn’t about Brexit, but simply altruistically protecting the UK constitution. Whilst she may have been able to get away with this claim back in 2017, since then the campaigner has founded an almost comically self-promotional campaign to stop Brexit featuring glamourous personal photoshoots and billboards across the country. Now her claims of altruistic constitution-protecting neutrality ring hollow.

Where were her constitution defending legal team when John Bercow overruled the advice of his own senior clerks to select Dominic Grieve’s anti-Brexit amendment? Where was she when Remainers in Parliament launched a coup against the executive and unprecedentedly seized law-making power to sit with the backbench members of the House of Commons? Where was her well-funded lawfare when Remainers in Parliament ripped up precedent to ram through an unscrutinised bill to stop the UK leaving as scheduled in just one day?

Now anti-Brexit campaigners try to claim that proroguing is some sort of power grab. Some have even hilariously said that future Governments might use the tool to push through unpopular policies against the will of Parliament. But that is a fundamental misunderstanding of what prorogation is. The mechanism simply prevents new laws being brought forward for a limited time.

The only reason this could be used to grant a WTO Brexit is because that is precisely what MPs voted for when they passed the European Withdrawal Bill in June last year, and again when they amended that bill to change the exit date. It is the law of the land that we will leave on 31 October, deal or no deal.

Miller is simply trying to prevent the result of a referendum she could never bring herself to accept being implemented, safe in the knowledge that the people she is fighting against don’t have the same sharp elbows or capital as her wealthy support base. Too often, Left-wing Remainers like to conveniently forget the incredibly strong correlation between lower incomes and propensity to vote Leave. Continuity-Remain strategists probably revel in this fact. Do they believe they are safe in their thesis that people from abandoned communities can’t fight back in they same way they can?

In June 2016, forgotten people up and down the country hit out at the EU system well known for riding roughshod over the voices of the people it attempts to govern. Communities left to wallow in welfare traps, conveniently ignored for decades by Westminster politicians, had their voices heard for the first time in generations. Now a self-appointed, self-aggrandising, out of touch elite are doing everything in their power to ignore them.

Politicians have a responsibility to stick up for the people who voted to Leave, and a duty to be creative in their legislative tactics. After all, Remainers have been playing unprecedented Parliamentary games for months.

Celebrate our veterans by remembering loss of soldier life, not by pushing for war with Iran and conflict with Russia - with former anti ISIS fighter, Tim Scott (60 minutes)

Former British Army veterans and Liberty Defenders, Tim Scott and Edward O’Sullivan, discuss their service in the Army and how it shaped their views on foreign policy in this very intense and personal on air conversation

Breaking down the Conservative Leadership Election (podcast), Exposing Worcester council (film) & update on all our activism

‹ Choosing freedom. As the West’s values continue to disintegrate and our nations succumb to neoliberal poison and enter a new dark age, what are our options? › Brexit was about reclaiming our national sovereignty & controlling our borders. What happened? (podcast & article)