BREAKING - Putin accepts 15,000 white refugees from South africa while May sits on her hands. See a pattern?

The Liberty Defenders have worked tirelessly to make Western governments recognise the urgency of welcoming South African whites into our countries.

It has been an arduous task and we've been met with anti-white racist opposition from our governments every step of the way. The British government, led by the traitorous fool, Theresa May, has been most vile of all and toughest nut to crack.

From the films Liberty Defender's co-founder Timothy Scott has made demanding the British government grant white South Africans refugee status, the videos we’ve produced campaigning the U.S, Russian and British governments, the articles and podcasts discussing the plight white South Africans face, speeches our activists have made outside Westminster, the protests we held in front of Nelson Mandela’s statue in London's Parliament Square in conjunction with civil rights activist and Liberty Defenders co-founder, Jack Sen, who has worked tirelessly since standing for parliament representing UKIP in 2015...

Liberty Defenders have done our utmost to expose the injustice white South Africans face to the British and online public and make our governments listen. We have in fact campaigned daily for 4 long years to see this happen as we believe our cousins in South Africa need our help. Jack Sen's Facebook page highlighting the peril white and minority South Africans face in fact now has almost 90,000 Likes/Followers and fellow Defender Timothy Scott's videos highlighting the injustice have been seen by hundreds of thousands on his Veterans for Freedom page.

Therefore it brings us the greatest pleasure to be able to tell you that it has worked!  The 9 million people we reached with our activism has in fact paid off.

Our letter writing campaign has at last produced a wonderful heart-warming result.

Details about the Boer farmers journey to Russia, originally posted on fellow Defender's John de Nugent's site, is posted below a brief message from the Defenders.

If you think our work is worthwhile, we ask that before you leave us today that you make a small donation on the right side to help us fund our efforts. Without your support our activism to expose the injustice white South Africans face on a daily basis is not possible-nor are our efforts to secure a British constitution, campaign for veterans on behalf of the Veterans for Freedom, and  fight to see the will of the British people is respected in our ongoing campaign to leave the EU etc.

To continue to host our own content-bypassing YouTube, travel to events to speak (Tim is in fact speaking Belfast this month), produce leaflets, placards and the materials we need to reach people,  as well as protest our traitorous government in London, we need help. Help we rely on good people like you for.

So please, if you are able leave us a donation before leaving us today. You can donate to us on the right hand side of this page (you can see the donation area from here if you look to the right.) using your bank card.

Any assistance is greatly appreciated. Blessings to you and yours.

Those of you in Britain interested in now helping us reclaim the country from our oppressive tyrannical government (both in London and Brussels), can learn more about our work domestically and join our efforts here.

Thanks you for your trust in our work.

There are now three serious article, among them one on an Israeli website, and by RT [Russia Today, an official Russian-government media outlet], claiming that 15,000 Boer farmers will move to southern Russia — to the beautiful Caucasus region.

Another article was in Russian, in “Komsomolskaya Pravda”:

*** Up to 15,000 Boers, descendants of Dutch settlers in South Africa, are planning to move to Russia amid rising violence stemming from government plans to expropriate their land, according to the delegation.

"Under Vladimir Putin, traditional Christianity is strongly supported and defended by the state against atheism, militant homosexuals, and the strange cults and sects such as Jehovah’s Witnesses and Scientology that were imported from the West by Freemasons, the CIA, George Soros and other subversive operators back in the terrible Boris Yeltsin years of 1991-99." John de Nugent 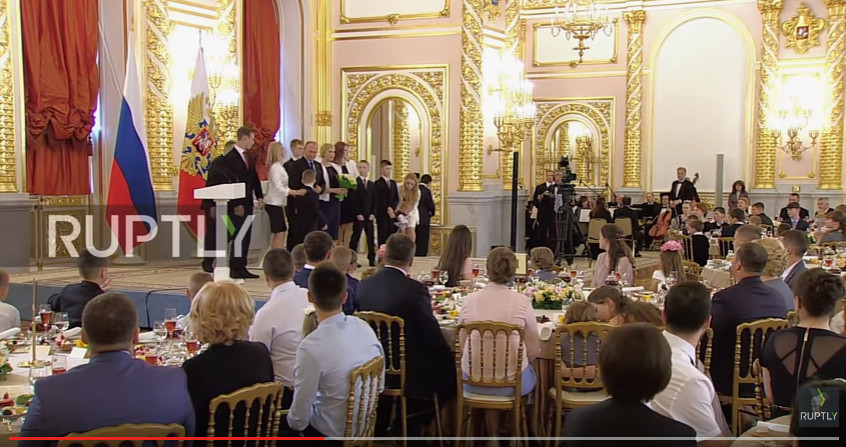 Under Putin, homosexuals are not harassed in Russia — but “gay-pride” parades are strictly prohibited in an attempt to protect society's most vulnerable. Propaganda from Hollywood promoting LGBT issues, Israel, and non-traditional values is also strictly censored.

*** “It’s a matter of life and death — there are attacks on us. It’s got to the point where the politicians are stirring up a wave of violence,” Adi Slebus told the media. “The climate here [in the Stavropol region] is temperate, and this land is created by God for farming. All this is very attractive.” 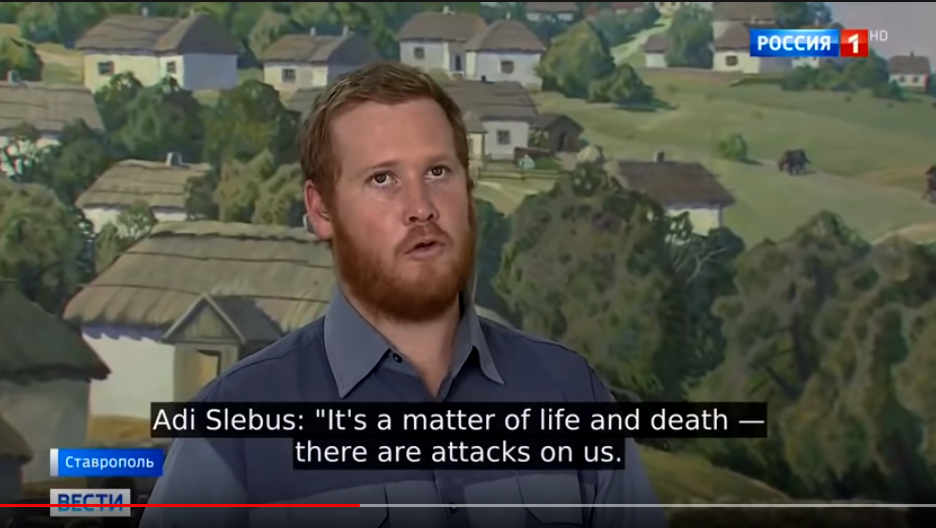 The farmers are ready to make a contribution to Russia’s booming agricultural sector, according to Rossiya 1. Each family is ready to bring up to $100,000 for leasing the land.

Russia has 43 million hectares of unused farmland. The country has recently begun giving out free land to Russian citizens to cultivate farming. The land giveaway program, which began in 2014, has been a huge success.

HEARTWARMING and this could be just the beginning, of course.

Now we need to demand our anti-white, anti-traditionalist governments recognise they TOO should act.

If you think our work is worthwhile, we ask that before you leave us today that you make a small donation on the right side to help us fund our efforts. Without your support our activism to expose the injustice white South Africans face on a daily basis is not possible-nor are our efforts to secure a British constitution, campaign for veterans on behalf of the Veterans for Freedom, and  fight to see the will of the British people is respected in our ongoing campaign to leave the EU etc.  Thank you.  >>>>

Those of you in Britain interested in now helping us reclaim from our oppressive tyrannical government (the one iN london and Brussels), can learn more about our work domestically and join our efforts here.

‹ Is our government & liberal establishment using Islamism to dismantle what remains of Christian Britain & conceal what they’re really up to? Anti-ISIS fighter and former UKIP candidate give us the evidence › The royal family SHAMED us as a nation by snubbing President Trump. Should it be attributed to Meghan Markle’s contempt of her own white ancestry?