Timothy Scott – the Former PEGIDA leader and British soldier, who famously fought against ISIS alongside the Peshmerga as a volunteer, sat down with former UKIP prospective Member of Parliament, Jack Sen, to discuss his service in the Grenadier Guards, his work with PEGIDA, his “red-pilling”, Tommy Robinson’s arrest, and his latest project - the Liberty Defenders. 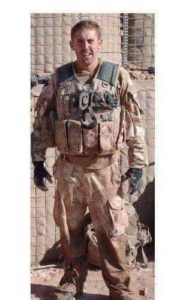 During their on-air conversation Tim also discussed the carnage he witnessed while fighting overseas and how, although he is deeply proud of having served his country, it resulted in his being unabashedly anti-war.

Tim also talked about his vision for a new type of nationalism-one starkly different from the sort of reactionary nationalism we have seen in the news recently. One focused on truth, and free from hatred of anyone.

“While most of the leaders of Britain’s counter-jihad movement talk a good game, Tim has taken on Islamists on the battlefield. I think he, more than any of the blowhards we see flitting about at free speech rallies, knows how best to challenge extremism. I also like how he refuses to scapegoat migrants or attack anyone based on race or religion, instead choosing to take on the political elite responsible for bringing inassimilable people here....And unlike the sorts of so-called nationalists we've seen in the news a lot of late, Tim would never speak on stage with Cultural Marxists and degenerates. As a traditionalist and Christian myself, that's probably what I respect most about him. Leave degeneracy-promoting to the likes of fakes like Raheem Kassam, Breitbart etc. We have a country to save." Jack Sen told us via SKYPE this morning.

Make no mistake, Tim is the right person to lead the charge in "the war to protect free speech".

This creature is most certainly not.

Part one of this exclusive broadcast is available by clicking on the media player at the bottom of this article. Part two of Tim's chat with Jack Sen  is for Liberty Defender members only.  Fortnightly podcasts will also be released in two parts- part one released to the public and part two solely for our members so please join us in our efforts today. 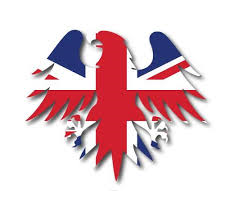 Although Liberty Defenders is a not-for-profit venture, we need your contributions and patronage if we are to survive the establishment's relentless efforts to stop our work. In fact in order for us to break even this month we urgently need 15 more people to join our ranks.

Your patronage assists us covering our costs travelling to protests and events across the country.

Your support also enables us to host all of our own content, which is costly - meaning we can bypass hosting sites like YouTube that routinely censor genuine traditionalist messages. In order for us to speak freely about the topics we feel are important we need to continue to host our own content. Content written by men who've served, run for office and put their lives on the line. Men like Tom Scott. Please join now.